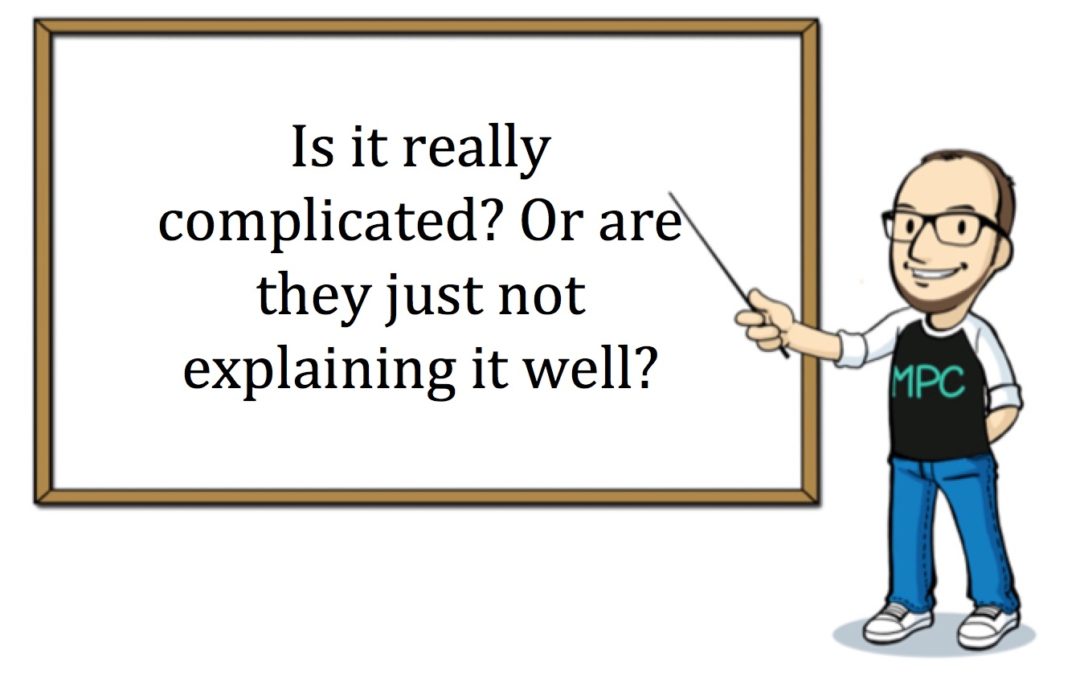 There’s this saying: If you can’t explain what you do for a living to the average Joe, you’re probably not very good at your job.

I like this saying. And I was thinking about it recently. I read a book called How to Teach Quantum Physics to your Dog, by Chad Orzel. It’s brilliant. It’s a book that pretty much anyone can pick up and, 300 pages later, have a fairly decent understanding of the field of quantum physics.

That’s because the first thing to understand about quantum physics is that it makes no sense. A single object can travel from A to B via two different routes at once. Wait, what? One particle changes in your local Sainsbury’s and it instantly changes another particle in Brazil? Wtf?

Quantum physics is so complicated that it directly contradicts the most fundamental rules of how our world functions. We don’t know how it works. We haven’t solved the puzzle yet. But Chad Orzel’s book does a wonderful job of explaining roughly what the puzzle looks like. And he does it through simple techniques we can all use:

For another great example of complicated concepts made simple, watch The Big Short. This movie does an excellent job of explaining the complexities of the 2008 financial crisis in ways anyone can understand. Famous chef Anthony Bourdain shows how a collateralised debt obligation (CDO) is basically the same as selling gone-off fish as a fancy seafood stew. And Selena Gomez explains synthetic CDOs as a bunch of people standing around a blackjack table, making their own bets on the game’s outcomes.

Here’s why this matters: So much of our world is complicated at the moment. The news is full of the complexities of political systems, epidemiology, economics, international trade and much more. If we can’t understand something, it’s easy to think ‘this is too complicated for me’ and lose interest. We assume that our failure to understand is our fault.

But we shouldn’t. If Chad Orzel and Selena Gomez can make an idiot like me understand the fundamentals of quantum physics and financial engineering, then politicians, scientists and businesses have no excuse.

So next time you hear something you just can’t wrap your head around, you shouldn’t think ‘this is too complicated for me’. Instead, you should think ‘they’ve done a really bad job of explaining that’.