‘Each other’ vs ‘one another’: it’s hard to shake a rule 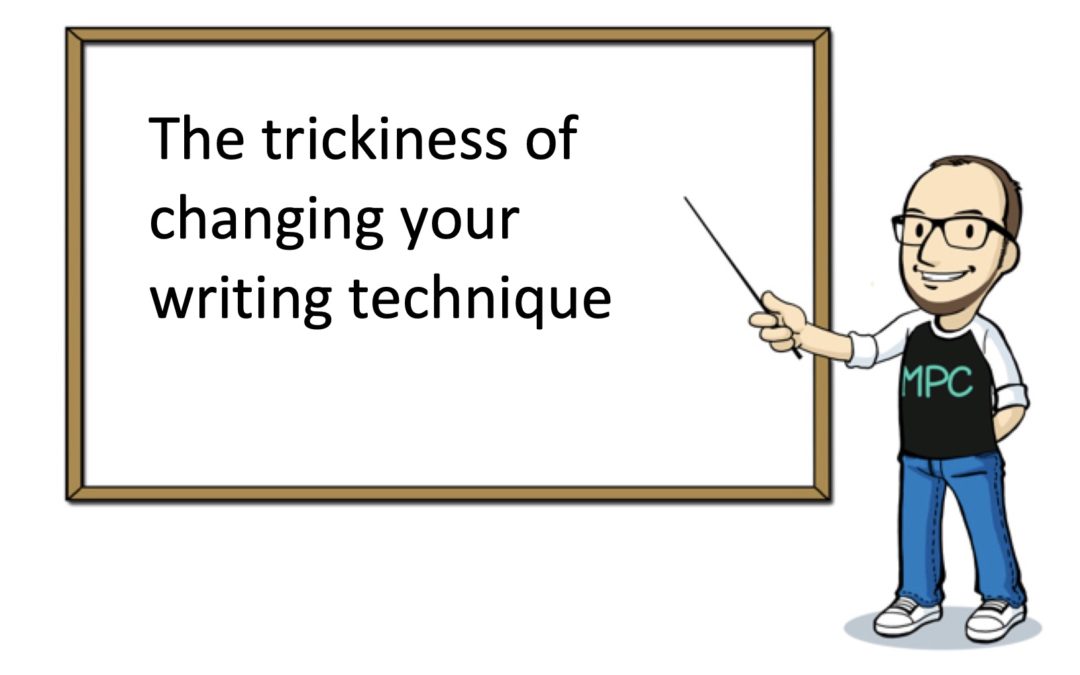 I’ve always had a simple rule for deciding whether to say ‘each other’ or ‘one another’. But I don’t think that rule really stands up to scrutiny anymore. I reckon I shouldn’t be using ‘one another’ at all now. By why am I finding it so hard to make such a tiny change to my linguistic repertoire?

About ten years ago, I had a proper ‘grammar geek’ phase.

Well, I guess I’m still in that phase. But this was the time when I would binge-read grammar and punctuation books – determined to make my writing as precise as possible. The rules of thumb I picked up got pretty hard-wired into my brain. One of them was this:

So for example: Paris and Helen loved each other. Greeks and Trojans started killing one another. The end.

But ‘one another’ sounds a bit posh and stuffy.

It’s hypercorrect. By that, I mean: it’s technically correct, but its stuffiness costs you more in tone than you gain from appeasing the grammar pedants.

As if I didn’t already have enough justification to stop using ‘one another’, here’s another reason:

Grammar nerds aren’t even in agreement that it deserves to exist at all. Some go with the rule of thumb I mentioned earlier, but some will say ‘one another’ is totally interchangeable with ‘each other’. Ahh, the English language – I love you, but you’re so needlessly faffy.

So I should definitely be dropping ‘one another’ from all my writing. But I’m finding it surprisingly…unintuitive.

I recently started playing badminton again, after many years. I was always good at badmo, but I had a few weaknesses in my technique that meant I never reached county level.

Recently, a very good player told me I could remedy some of these weaknesses by shifting my stance differently in the few nanoseconds after my opponent first hits the shuttle. But it’s soooo hard. I’ve been doing it one way for so long, it’s all so instinctive.

I think it’s the same with ‘one another’. I’m so used to applying this rule, that my brain flags it as ‘wrong’ when I do it any other way.

The lesson: it takes time to change

Could there be any smaller change to make in your life than getting rid of one little word choice? It should be so easy. So I suppose I’d do well to remember that even the most logical of changes in behaviour can take time. We’re habitual creatures.

I sometimes wonder why it takes so long for people to change their writing techniques. Me and my colleagues show them a new way of writing, we explain why it’s better, and yet it still takes time and practice to really stick. But I need to remember: it’s all habitual. If you’ve spent your entire adult life with your GCSE English teacher’s voice in your head, saying “no, you can’t start a sentence with a preposition”, it takes time to quieten that voice.

So I guess that’s two new resolutions for me. I don’t believe in ‘new year’s resolutions’ – I think if you want to make a change, you shouldn’t wait for a set date to do it. So my two mid-November resolutions are: be more understanding with people who find it difficult to write in a new way, and stop using ‘one another’.